“To make a living as a craftsperson, photographer, musician, designer, author, animator, app maker,entrepreneur, or inventor you need only thousands of true fans.” Kevin Kelly

Any artist relies on having fans, and having a large swathe of diehard fans, ready to buy whatever you produce, is a goal most would love to achieve. Back in 2008, Kevin Kelly wrote an essay on how the Internet would make this more achievable for artists in any discipline, simply because it opened up a global audience. However, while creative people waited for fans with spending power to arrive, the online took a slightly different direction to the one they hoped for.

Social media platforms, all of them centralized, was seen as a great way to connect with fans. Throw up a Facebook page, promote your work, and fans would find you. It did work, for a while, but then the SM platforms spotted an opportunity, you could say, a trick they were missing, and
started using algorithms that decided what fans saw, changing the relationship between them and the artists. What’s more, the SM platforms were keeping a lot of the revenue they gleaned for themselves.

The Tide Is Turning

Now that tide is turning and returning to Kelly’s vision, and NFTs have proved to be the vehicles for change. That’s because non-fungible tokens enable artists to sell directly to fans without a third party taking a cut. It’s true that many will continue to use centralized social media platforms for promotion and to connect with fans, but the advent of NFTs
and a crypto=based economy is giving them other options to make money.

But, it’s not that easy to understand what NFTs are. Just ask a person in the street. The chances are that you might find one or two that know what an NFT is, while others might have an idea they are connected to Bitcoin, while others will never have heard of them. Those inside the crypto community might be surprised that a new sector that has such a big
buzz around it, and one where a lot of money is being invested, has had so
little impact on the wider public. But then the same could be said of
cryptocurrencies.

A Better Economic Environment For Artists

However, the lack of public engagement with NFTs is not an insurmountable issue. The NFT craze is in its infancy, which
means it has a way to go to mature, and as it evolves and expands, the size of the audience will grow as well. In this respect, NFTs are still a profitable
venture for creators. After all, NFT sales were valued at $2 billion in the
first quarter of 2021, according to Cloudwards.net.

First, NFTs are created on a blockchain.
This also means that even the owner of an NFT marketplace cannot charge
whatever they want for an NFT, because the artist is in control. Of course, the marketplaces will get a fee, and that creates a competitive environment for the creators who will look for those offering a strong sales performance and lower fees, or other incentives.

Second, NFTs allow for more finely tuned pricing tiers. For example, the hugely popular NBA Top Shots cards can be bought for thousands of dollars, or a few dollars. The same can be seen in CryptoPunks, Bored Apes, and any of the other series.

The third way in which NFTs help artists make more money is in the relationship with the user. Unlike buying say a painting at auction, where the auctioneer takes a fee from both buyer and seller, the person who buys an NFT pays very little to acquire a work. That’s because of the crypto factor! There’s very little marketing spend in the crypto market, and neither Bitcoin nor Ethereum has marketing budgets, yet millions of people own them. The same applies to NFT projects. Chris Dixon points out
that the NBA Top Shots cards, “generated $200M in gross sales within a
month while spending very little on marketing.” That’s because sales are significantly based on peer-to-peer marketing, which in turn is boosted by the community of fans that flock to collectible NFTs, and generate excitement about them. Plus,there is a feeling amongst these fans, who are also owners, that they have skin in the game, and the game has a real buzz.

There are still many ways for creators to build a fan base via NFTs, and boost their finances without the interference of intermediaries. Those platforms that impose distribution and monetization on creators are likely to find that they are challenged. Artists now have more choices, and as Chris Dixon says, when crypto and NFTs offer a new way to make money, that is probably the choice artists will take.

Capgemini released its 2022 World Wealth Report on 14th June. Its poll surveyed 2,972 global HNWIs with 54% reporting a wealth band ranging from $1 million to $30 million and 46% reporting wealth of $30 million and over. One of the most exciting insights is that 71% of these high net worth individuals have invested in digital assets.

The highest concentration of owners are under forty years old, with nine in ten having invested, compared with one in seven overall. The younger group expressed more interest in cryptocurrencies, saying they were their favourite investment, although crypto ETFs and Metaverse products are also highly desired.

However, cryptocurrencies don’t make up the majority of portfolios. According to the survey, HNWIs have only allocated 14% of their portfolios into “alternative investments” which includes crypto alongside commodities, currencies private equity and hedge funds.

As a result, some wealth management firms are looking for first-mover advantage in this niche sector by launching investment products targeted at the demographic. For example, Morgan Stanley introduced Bitcoin to its HNWI clients in March 2021, allowing only those with $2 million or more to invest in the cryptocurrency. BBVA in Switzerland is also offering access to crypto trading and custody services, as is Wells Fargo in the USA. Both of these started their service in 2021.

I previously wrote about the Accenture report that revealed 52% of wealthy Asian investors held some form of a digital asset during the first quarter of 2022, but that wealth management firms have been slow to adopt investment products with cryptocurrency or digital asset exposure. But it looks as those wealth managers elsewhere are now alert to the potential of the digital asset market.

Have you noticed that a significant number of DeFi projects are offering insanely high annual percentage yields (APY), which, of course, look very attractive to investors, especially retail investors, who are those most at risk.

There are DeFi protocols that have been built using the proof-of-stake (PoS) consensus protocol offering eye-watering returns to their investors in return for them staking their native tokens. But, as most of us know, sometimes by getting burnt ourselves, if something sounds too good to be true, then it probably is.

The issue is that some projects are nothing more than cash grab schemes. Shiraz Jagati at Cointelegraph gives the example of YieldZard, a project positioning itself as a DeFi innovation-focused company with an auto-staking protocol, which claims to offer a fixed APY of 918,757% to its clients. Who finds that believable? All you would need to invest is $1000 to gain a return of $9,187,570! And YieldZard isn’t the only project offering fast and high payouts.

How can you as an investor assess the sustainability of projects like this? Here is some advice from Kia Mosayeri, product manager at Balancer Labs — a DeFi automated market-making protocol. “Sophisticated investors will want to look for the source of the yield, its sustainability and capacity. A yield that is driven from sound economical value, such as interest paid for borrowing capital or percentage fees paid for trading, would be rather more sustainable and scalable than yield that comes from arbitrary token emissions.”

Ran Hammer, vice president of business development for public blockchain infrastructure at Orbs, pointed to the fact that DeFi offers a another major innovation to the crypto ecosystem: the ability to earn yield on what is more or less passive holding. But as he says, not all yields are equal by design because some yields are rooted in “real” revenue, while others are the result of high emissions based on Ponzi-like tokenomics.

Understand the source of the ‘yield’

Ultimately, it is very important for investors to understand where the yield is coming from. For example, transaction fees in exchange for computing power, trading fees on liquidity, a premium for options or insurance and interest on loans are all “real yields.” Whereas those that are based on token inflation may turn out to be less sustainable, as there is no real economic value funding these rewards.

So, if you see a dazzling APY offered, you should consider all of the above, as well as the fact that most returns are paid in cryptocurrencies, and since most cryptocurrencies are volatile, (just look at the market this week!) the assets lent to earn such unrealistic APYs can decrease in value over time, leading to major losses. 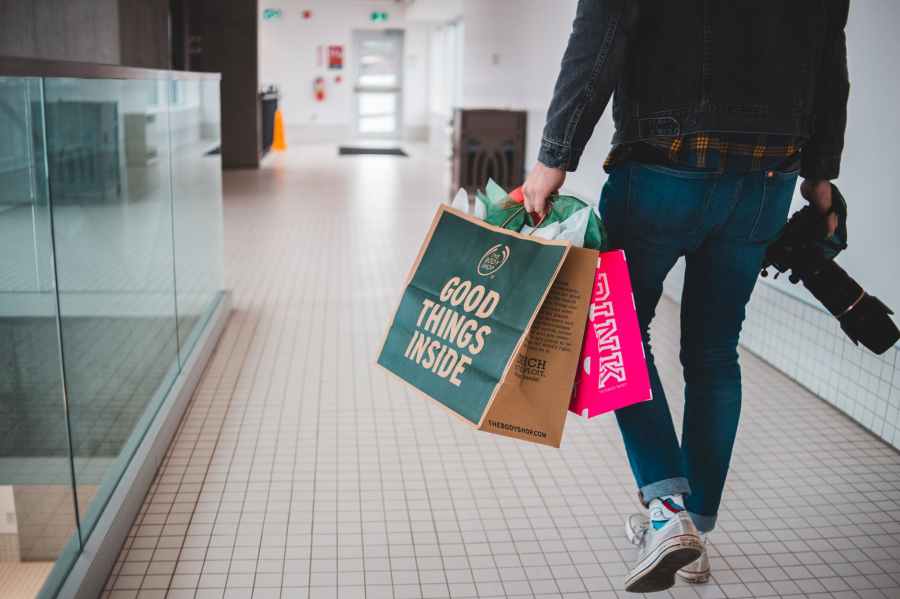 There is some very positive information in Deloitte’s “Merchants Getting Ready For Crypto” report released in collaboration with PayPal on 8th June. Those involved in projects that enable crypto payments should be pleased with the findings.

According to the report, three quarters of US retailers plan to accept crypto or stablecoin payments within the next two years. Plus, more than half of large retailers with revenues over $500 million are currently spending $1 million or more building the required infrastructure to make it happen.

This infrastructure spending is set to accelerate in 2022, says Deloitte, as more than 60% of retailers said they expect budgets of more than $500,000 to enable crypto payments over the course of this year.

Retailer adoption is being driven by consumer interest, with 64% of merchants saying their customers have expressed significant interest in using crypto for payments. And 83% of retailers expect this to increase this year.

Around 50% of retailers believe that adopting crypto will improve the customer experience, and the same percentage claimed that accepting crypto would make their brand seem more “cutting edge.” Of those retailers already accepting crypto payments, a whopping 93% reported a positive impact on their customer metrics.

Of course, the merchants acknowledged there are challenges to adoption of crypto. The main ones were the security of the payments system (43%) changing regulations (37%), volatility (36%) and a lack of a budget (30%).

The survey polled 2,000 senior executives at U.S. retail organizations between Dec 3 and Dec 16, 2021 when crypto prices were still riding high, but the results have only just been revealed. The executives were distributed equally among the cosmetics, digital goods, electronics, fashion, food and beverages, home and garden, hospitality and leisure, personal and household goods, services, and transportation sectors.

The survey also highlighted the fact that 85% of retailers believe the acceptance of crypto payments will be ‘ubiquitous’ in their sectors in five years time.