DeFi protocols are for trading or lending crypto tokens and derivatives. They exist across a throng of validating and coordinating nodes, rather than as a single portal run by an incorporated legal entity. Furthermore, they exist without the formal leadership that regulators would normally interact.

This lack of an identifiable leadership, plus the fact that the systems are designed without any requirement for users to reveal their identities, poses a challenge for regulators. They feel more comfortable with entities like Coinbase and Kraken, because at least they have comprehensive ‘know your customer’ (KYC) processes.

Regulators see DeFi as “a potential vector for all three of the key risks that financial regulators are tasked with controlling,”

David Z Morris writes. These are basically criminal activities, such as money laundering, tax evasion and terrorist financing, as well as fraud. Their biggest fear though is systemic risk. As Morris says, “DeFi and crypto still probably aren’t large or influential enough to trigger broader financial contagion in the event of a major market collapse or system failure, but you no longer have to engage in wild speculation to foresee that level of influence in the future.”

Regulators traditionally rely on the people managing trading services to control these risks by monitoring their customers and suspicious activity on their platforms, but this simply doesn’t exist with DeFi, which is much harder to regulate than crypto. Katherine Kirkpatrick, co-chair of the financial services practice at King & Spalding said in regard to this, “The ultimate question, beyond how to regulate, is how do you enforce the rules? How do you make someone accountable for breaking the rules? It doesn’t make sense to regulate if you have no enforcement mechanism.”

On the other side of the argument, “premature or misguided” regulations could stifle DeFi innovation and growth. But despite the risk of misguided overreach, there are good reasons to want a regulatory framework for DeFi. It would for a start, “make the fundamental advantages of the technology accessible to many more participants,” as Morris suggests, including making it more appealing to public companies and regulated institutions. At the moment they aren’t participating in DeFi because, “using DeFi in its current state could expose banks like JPMorgan to money laundering or fraud risk,” says Michael Shaulov, CEO and cofounder of Fireblocks, a DeFi custody and infrastructure provider.

There is little doubt that regulators will pursue DeFi if they find it has become a “powerful entity floating beyond their oversight.” Morris warns, “The modern state’s monopoly on violence as the endpoint of law enforcement will likely find some way to control your access to protocols living in the cloud.” Still, there will always be jurisdictions without strict regulations, where DeFi users who take sufficient privacy precautions will continue to take the risk of using them. It may also be the case that DeFi protocols will become testing grounds for new forms of digital statelessness. However, if we want DeFi to have a role in improving the financial system, there will have to be some compromises made with the regulators.

Many people must be wondering what the rest of this decade might look like after such a disastrous start to the 2020s. Can we look back at history and see a trend? For example, the 1920s that followed World War I and the Spanish flu epidemic was a Golden Age when economic growth surged, society relaxed a lot of its restrictions, women cut their hair for the first time, all of it captured and portrayed in F. Scott Fitzgerald’s ‘The Great Gatsby’. Now there’s a book that has never gone out of fashion.

This week I read an article by Rich Karlgard in Forbes that is written from the optimist’s viewpoint. He believes there are four possible reasons that the 2020s might be another 1920s, although he does so with caution.

There is no doubt that the pandemic made all things digital vastly more important. Otherwise, we wouldn’t have seen so much change in such a short time. Karlgard first points to the fact that back in 2017, Diane Greene, then the Google Cloud CEO, told a Forbes audience that the rate of digital technology progress was accelerating rapidly. But that does not necessarily bring productivity along with it, because the business model needs to change for that to happen. Then along came Covid-19, which forced a rapid business change. Microsoft CEO Satya Nadella has said that five years of digital transformation had taken place in six months, all because businesses needed to work smarter, faster and be more nimble.

A number of digital technologies reached maturity at the same time: cheaper cloud computing, universal digital computing and faster telecoms with the arrival of 5G. And then there is Artificial Intelligence (AI). Karlgard says this will be the decade of enterprise AI, and that’s spot on. Prior to 2020 using AI was hard, labour-intensive, expensive work, but now it is very much easier to use and it is going to transform many areas of industry, from logistics to customer service.

Although it may not always be obvious the world is swimming in capital right now, which makes it easier for start-ups to get the funding they need. Investors have their eyes on digital technology and AI products, because as Karlgard says, “thy know they are game changers.” He adds, “These will disrupt business models and markets, and power enormous fortunes.”

Revolutions in the physical world

We are not talking about physical revolutions here; but revolutions in the way aspects of the physical world are being changed by technology. For example, autonomous trucks don’t need to take rest breaks, drone cameras can improve agricultural crop yields, and gene sequencing combined with AI can create personalised medical treatments.

However, whilst all these may lead to a boom after what feels like a bust, if we look back at the 1920s, we must note that while cities grew and grew, rural areas were not invited to the party, creating a divide that lingers to this day. The 1920s also experienced a stock crash in 1921 that almost buried the decade, followed by the more famous Wall St crash of 1929. So, even the Golden Age had its downsides. Still, after our experience of 2020-21, one that has been globally shared, let’s focus on optimism and the way in which the Covid-19 pandemic has accelerated digital technology for our benefit and forced us to be more agile. 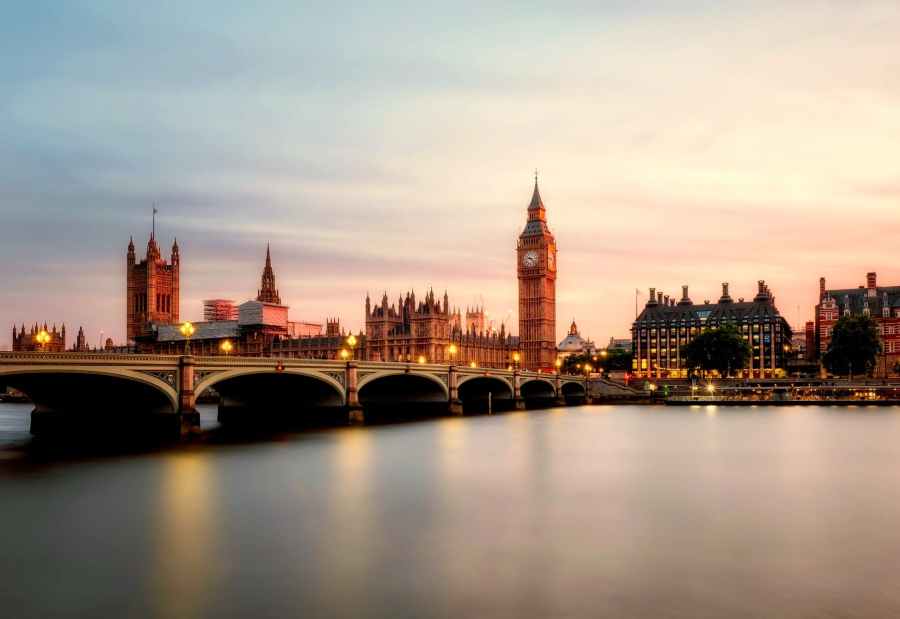 Perhaps this news will perk up those England supporters who are living with defeat to Italy at Euro2020, especially if they also happen to be fans of the fintech industry. The UK Fintech State of the Nation report from Innovate Finance shows that London “has cemented its position as the fintech capital of Europe,” despite the double whammy of a global pandemic and Brexit.

Who benefited from this rush to invest in UK-based fintechs?

SaltPay and Checkout.com attracted the two largest deals made this year, with $500 million and $450 million respectively. At the moment these are the biggest fintech investments ever in the UK. SaltPay is focused on building a better payments system for merchants, whilst Checkout.com is a global payments platform aimed at offering more payment methods and currencies for online businesses. They’re similar but different, and it is worth noting that both aim to make life easier for merchants.

Indeed, ‘payment’ platforms appear to be dominating the sector here. But challenger bank Starling also got a hefty influx of funds ($376m) and crypto trading platform Blockchain.com received $300m. There has also been significant interest in more niche fintechs, such as Smart Pension, a pension and payroll tech provider, which received $230m, and PayFit, a platform that simplifies and automates payroll and HR processes for small and medium-​sized businesses, raised $107m. Credit-scoring specialist ClearScore raised $200m, another sizeable investment,

Of course the USA is still ahead of the UK, but it is the only country that is. The report shows the levels of support for those other countries that come closest to the two leaders during the same time period: Brazil (40 deals and $3bn), Germany (56 deals and $2.5bn) and India (132 deals and $2.2bn).

Janine Hirt, CEO of Innovate Finance, commented: “Fintech is one of the fastest-growing sectors of our economy and has a vital role to play in the UK’s economic and business recovery. It is hugely encouraging to see evidence of this resilience and growth, particularly in light of the uncertainty and challenges brought on by 2020. Both the flow of capital and a wide talent pool are essential to maintaining the sector’s strength, and we remain committed to supporting efforts in these vital areas.”

You can read the full report here.

Anonymity in payments is a complicated topic with no easy answers. There are those who favour complete anonymity, and then there are those who see that position as dangerous. Even the regulators aren’t too sure about which way to turn, as evidenced in the US Government Accountability report on “Emerging Regulatory, Law Enforcement, and Consumer Protection Challenges” (May 2014). It concluded, “that virtual currency systems “may” provide greater anonymity than traditional payment systems.”

Fintech expert David G.W. Birch, who has been pondering the issue for some time, and who has a ‘pseudonymity’ solution, examines it by looking at lottery winnings. He cites the case of a US lottery winner who took a case to court (as Jane Doe) because she wanted to retain privacy about her winnings. Why was she so desperate to do that? Perhaps another case Birch tells about explains it: “In November 2015, Craigory Burch Jr. matched all five numbers in the Georgia Fantasy 5 drawing and won a $434,272 jackpot only to be murdered in his home by seven masked men who kicked in his front door.”

However, in the case of Jane Doe it is clear that even if she managed to keep her winnings private, some people would know about it, namely the lottery people and her bank. As Birch says, “Being anonymous is really difficult in an infrastructure that has no anonymity.” On the other hand, if you have an anonymous system it is relatively easy to add non-anonymity to it if desired.

So, if we are designing future infrastructures, should they allow for the kind of anonymity the lottery winner wanted? Birch gives the example of New Hampshire, which allows people to form anonymous trusts and these trusts can buy lottery tickets. However, the money still has to go to a bank account.

Cryptographics could be the answer. For example, if you win the lottery, your money can be sent to your cryptocurrency address (which is in the ticket) without the lottery owner or anyone else having the slightest idea to whom it belongs.

However, there is resistance to the idea of electronic money, and central bank digital currencies in particular, to be anonymous. But there is a case for “a privacy-enhancing digital Dollar. This would be very appealing on a global scale in contrast to digital currencies subject to continual state surveillance.”

If that can be achieved, it will be to the advantage of digital currencies.