May 2022 is a month best forgotten in the world of DeFi, and crypto generally. The Total Value Locked (TVL) across the sector plummeted more than 40% in the month to $111.4B, according to data from DeFi Llama.

This swift decline was mostly caused by the collapse of Terra and its UST stablecoin. The upshot was $28 billion lost from the markets in May, and Ethereum lost $40 billion. The ‘alternative to Ethereum’ Layer 1 protocols offering cheaper smart contracts also declined in terms of TVL: Avalanche lost $5 billion, and Binanace Smart Chain dropped by $3 billion.

Any protocol associated with stablecoins was hard hit, due to UST’s demise. Investors jumped ship from several, including Curve. This decentralized exchange was designed to facilitate efficient stablecoin trading. However, it lost its position as the largest DeFi protocol by cross-chain TVL amid the downturn, with its TVL crashing by more than 50% in one month. As it currently stands, Curve’s TVL is $8.9 billion, which is a long way from its January record of $24 billion. Convex, a protocol that offers additional rewards to Curve liquidity providers, also lost close to half of its TVL in May. It now ranks in sixth place with $5.3 billion in liquidity, slumping from its number two position in January with a  TVL of $21 billion.

On the other hand, Justin Sun’s Tron network has bucked the trend. Tron’s TVL is up 43% in the last two weeks and it is now the third-largest smart contract network, according to DeFi Llama. The bulk of its growth can be attributed to the network’s leading protocol, JustLend, which has grown 65% during the month. JustLend’s $2.95 billion TVL represents 49% of the value locked on Tron, and positions the protocol as the ninth-largest overall.

Tron’s stablecoin is the USDD. According to recent tweets, the total supply of USDD surpassed $600 million within the first month of launching. It is an algorithmic stablecoin on TRC20. The success of USDD has partly contributed to the rise in Tron’s TVL. And on 28th May, Justin Sun, the founder of Tron, has been tweeting that a big announcement for USDD is coming next week.

Before the Terra crisis, UST’s success prompted new entrants to explore stablecoins on the crypto market. TRON released the USDD stablecoin on 5th May and has since attracted industry attention. The stablecoin is meant to reward arbitrageurs to keep its price closely pegged to that of the U.S. dollar by trading between TRX, TRON’s token and USDD, sharing similarities with Terra’s UST, both being algorithmic. This doesn’t appear to have deterred investors. USDD is currently ranked 73rd in terms of market capitalization, according to CoinMarketCap data, with a market cap of $603 million.

USDD is currently ranked 73rd in terms of market capitalization, according to CoinMarketCap data, with a market cap of $603 million.

One of the most popular features of decentralized finance (DeFi) is lending. It is fair to say that this feature is expanding to take a significant share of global financial lending space simply because it is easy to use and removes the barriers to accessing loans in the traditional financial system.

Bank loans are not available to everyone

Lending and borrowing are one of the core offerings of the traditional financial system, and most people are familiar with the terms in the form of mortgages, student loans, etc. These are usually granted by banks, which take measures to minimize the risks associated with providing a loan by conducting background checks such as Know Your Customer and credit scores before a loan is approved. It’s a system that is closed to those who cannot pass the banks’ requirements.

The role of smart contracts

DeFi, by contrast, is a system where lending and borrowing can be conducted in a decentralized manner wherein the parties involved in a transaction can deal directly with each other without an intermediary or a financial institution. That’s because DeFi uses smart contracts.

A bank will not accept your crypto as collateral for a loan, whereas crypto is central to DeFi platforms. Users can deposit their coins into a DeFi protocol smart contract and become a lender – or a borrower. Usually, the loans are over-collateralized to account for unexpected expenses and risks associated with decentralized financing.

Choosing a DeFi platform for lending or borrowing

The best way to assess which DeFi platform is best for lending or borrowing is by looking at its TVL – total value locked. TVL is a measure of the assets staked in smart contracts and is an important indicator used to evaluate the adoption scale of DeFi protocols as the higher the TVL, the more secure the protocol becomes. The TVL in DeFi protocols has grown by over 1,000% from just $18 billion in January 2021 to over $110 billion in May 2022. One of the best sources for checking TVLs is https://defillama.com/

Perhaps most importantly, the transparency provided by DeFi platforms is unmatched by any traditional financial institution. These platforms also allow permissionless access, signifying that any user with a crypto wallet can access services from any part of the world. Although you’ll need to check each platform, as some DeFi services are not available in certain jurisdictions, e.g. a European platform may not give access to US citizens, and vice versa.

In what is a first for DeFi, if not the entire crypto sector, the DeFi protocol Compound Treasury announced that it has received a credit rating of B- from S&P Global Ratings. According to Compound, this is the first time a major credit agency has issued a rating for an institutionalized DeFi protocol.

The S&P Global Ratings provides a scale of investment suitability, ranging from AAA (extremely strong) to D (in default). A score of B- indicates, “the issuer can meet financial commitments, though vulnerabilities to business, financial and economic conditions persist.”

S&P revealed that in arriving at Compund’s rating they had to consider “the uncertain regulatory regime for stablecoins, such as USDC. stablecoin-to-fiat convertibility risks and the Compound Treasury’s “limited capital base” along with a 4.00% per annum return obligation” in making the decision. However, the rating agency also said that the Compound protocol’s record of zero losses measured in USDC partially mitigates the risks of the offering.

Compound Treasury’s general manager Reid Cuming commented, “S&P’s rating helps our institutional clients more easily understand the opportunity and risks of crypto-powered cash management.” It is continuing to have discussions with S&P regarding the rating and said, “Compound Treasury’s ratings could be upgraded in the event of greater regulatory clarity for digital assets or a longer track record of solid performance.” 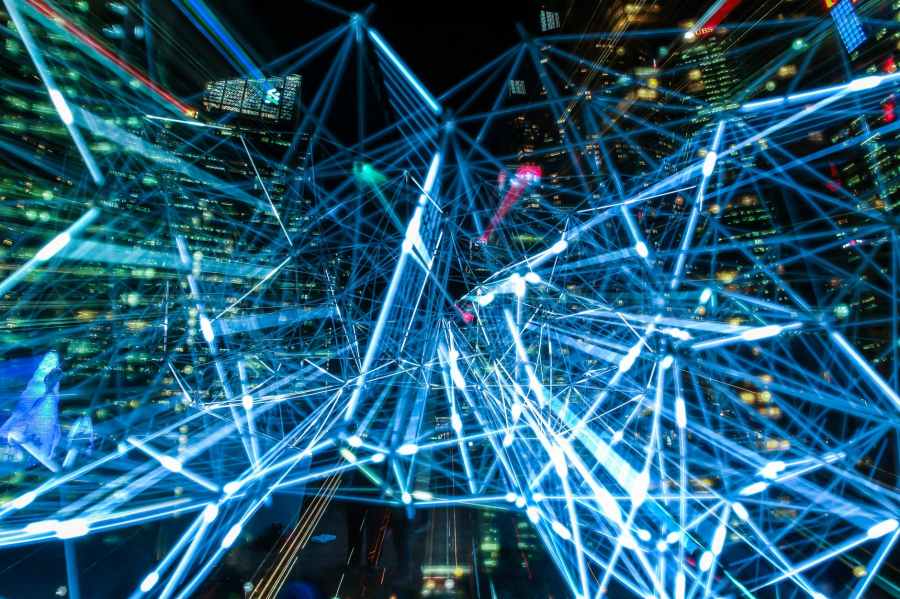 According to the latest annual report from KuCoin Labs, “If DeFi aims to reduce regulatory risk, the form of DeFi governance will gradually become a DAO.”

The report further predicts that decentralized finance (DeFi) will still be a significant trend in the crypto industry in 2022. It points to the fact that the DeFi ecosystem has been “plagued by criminal whales” and that this has raised the prospect of increased risk. This situation has prompted calls for the regulation of decentralized finance; calls that come from inside the ecosystem in addition to pressure from external bodies.

With regulators more keenly scrutinizing DeFi, Kucoin predicts the industry may turn to DAO governance to reduce regulatory risks, and that is because “a DAO that puts community interest first can carry out “true governance decentralization.” It forecasts that the industry will see a shift in DeFi governance being coordinated using different mechanisms.

In relation to that, Kucoin’s report suggests, “the fundamental operational principles of DAOs are reasonable enough to be employed as foundations for the creation of legal entities.” However, this may not happen immediately. Rather, it is likely that we will not see a DAO expansion this year, but that there will be a refinement of the mechanisms instead, in preparation for adoption by companies and corporations.

To give a real life example of the use of DAOs in governance, we can look at the Marshall Islands in the Pacific. The islands now recognize DAOs as legal entities, meaning that they can register and operate legally within the island nation’s jurisdiction. It could be said that this represents proof that the DAO governance structure is indeed starting to become more prevalent in the blockchain world.

Ultimately, it concludes that 2022 is not likely to be the year where we see a breakthrough in DAO expansion, but rather we will see the refinement of their mechanisms that can pave the way for future adoption on corporate or company-size levels.