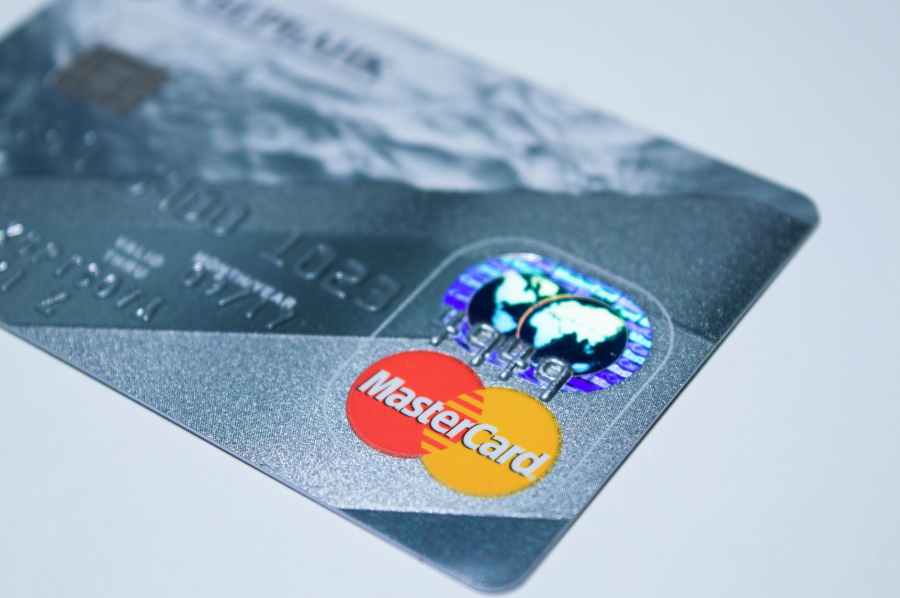 It could have been the case that Mastercard ignored cryptocurrencies and the fintech revolution in payments, but the opposite is true. As one of the leading payment networks in the world, it has instead forged relationships with startups, and even added new products to its core range.

According to Trevor Jennewine, Mastercard’s data reveals “as many as 20% of consumers now own cryptocurrency in certain countries,” and merchants and financial instotutions are taking notice of this. Last year Mastercard expanded its cryptocurrency programme last year, making it easier for partners to issue crypto payment cards.

In the USA, Mastercard has teamed up with Bitpay – a payment processor that allows merchants to accept digital currencies like Bitcoin at checkout – and launched a prepaid crypto card in June 202o. This card allows consumers to make in-store and online purchases anywhere Mastercard is accepted, with funds loaded from their BitPay wallet. Consumers can load their card with BTC (Bitcoin), ETH (Ethereum) and other cryptocurrencies and BitPay converts those funds into fiat currencies, such as USD, EUR and GBP.

BitPay noticed a spike in transaction in July, one month after the launch, and has recently added support for Apple Pay so that customers can use an iPhone to make contactless payments.

In Europe, Mastercard has partnered with London-based fintech Wirex to launch a crypto debit card. This is a slightly different product to the BitPay card. The Wirex product allows consumers to spend up to 18 digital and traditional currencies in real time, meaning the funds are not converted until the moment a purchase is made. Furthermore, the Wirex card also allows consumers to earn 2% cash back (in cryptocurrency) on any in-store or online purchase.

Although the products may be slightly different, the one thing they have in common is this: at some point prior to completing a transaction, the cryptocurrency is converted to a fiat currency. This means that it’s fiat currency, not cryptocurrency, that’s flowing through the Mastercard network. But that is about to change.

Mastercard’s CEO Michael Miebach recently announced plans to add digital currencies directly to the company’s network. This means no more conversion to fiat currency, which should make it easier for consumers and merchants to adopt crypto payments.

This is an important move for crypto enthusiasts, because it removes one of the biggest arguments against cryptocurrency use, i.e. they are difficult to spend. Plus, for Mastercard, it adds another form of payments to its product range, and this could be a major growth driver for the network, especially if cryptocurrencies keep gaining traction.  It also shows forward thinking on the part of Mastercard.

There have been some grumbles in the crypto media recently about the difficulties people are encountering when trying to buy Bitcoin. This excellent article by Bailey Reutzel summarises his problems, which is surprising considering he is a seasoned cryptocurrency owner who has been buying it for years. He found that at a number of exchanges he was locked out because of his New York location. In the end he went to PayPal, and after he’d discovered that you can’t buy Bitcoin from a PayPal business account, he set up a personal account and successfully completed a transaction.

PayPal entered the crypto market recently, making it easier for the regular Joe to buy BTC, and it appears to have paid off. According to Martin Young at Cointelegraph, “$242 million worth of digital assets changed hands on the platform during 11th Jan.” PayPal’s recent record was $129 million on 6th January. And, since 1st January, its daily volume has increased by 950%.

This is a moment to reflect on, because as Nuggets News’ Alex Saunders tweeted, “retail has arrived.” That is important for achieving mass adoption.

There is a downside to using PayPal the critics say, because PayPal is like a ‘gated community’ that doesn’t “support withdrawal functionality.” Twitter user Toomas Zobel suggested that the surge in PayPal volume maybe have resulted from retail capitulation, and that there was no way to see if this was a buy or sell volume. He remarked that retail buyers were probably rushing to realise profits when BTC hit $40,000.

However we should be mindful that the PayPal and crypto relationship is just beginning, and that it has plans to extend cryptocurrency services to its 26 million merchants in the coming months. Undoubtedly this will fuel further demand for cryptocurrency and for PayPal’s services. Above all, for the inexperienced crypto buyer, it is a far easier proposition to set up a PayPal account and buy crypto there than venture into the exchanges such as Binance and Coinbase. When you make buying crypto easier for those who have never invested in stocks, you open up the market to the mainstream: something that crypto has been waiting to happen for years. Let’s see if 2021 advances the buying and use of crypto even further. 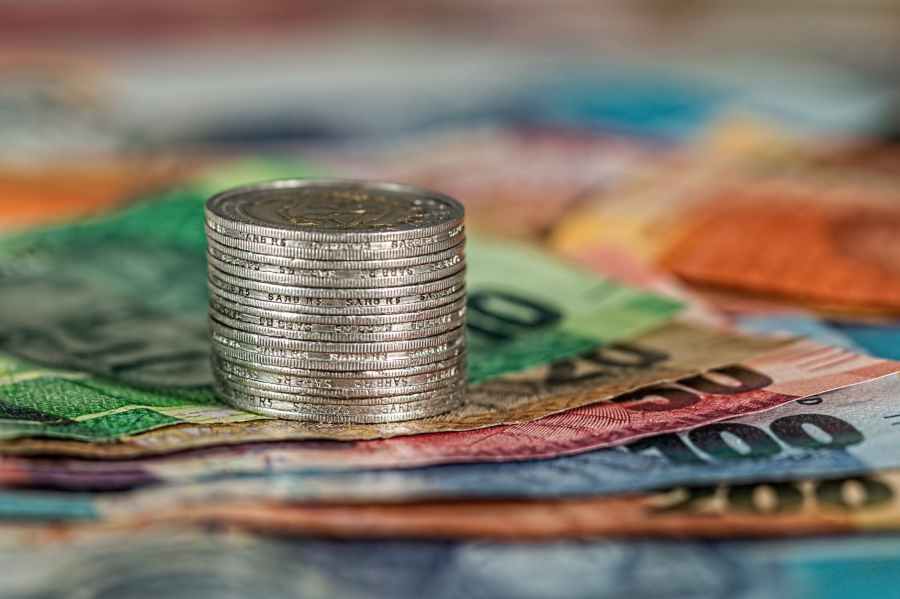 Currently there are somewhere around 256 neobanks in existence, according to Exton Consulting. These brands offer a digital-only experience that are perceived as customer-centric and easy to use, as in opening an account only takes a few minutes. They are also lower cost to use than their physical banking counterparts.

However, only a small handful of these banks have achieved substantial profitatbility. Their names will be familiar: Revolut, N26, Monzo, Nubank and Chime amongst them. The others, which are significant in number, are unlikely to be profitable for the foreseeable future, according to Accenture research, which revealed “the average UK neobank loses $11 per user yearly.”

Part of the problem is the rising cost of providing a service, whilst the margins generated per customer remain low. Finextra correctly reminds us that disrupting the traditional banking market was always going to be a long-haul business, and that it really needs large amounts of venture capital investing to keep the LTV/CAC ratio in good shape.

CAC is ‘customer acquisition cost’, and LTV is Life-Time Value in this case. The LTV is a measurement of the average revenue generated by a customer in a 1, 3 or 5 year period. Clearly, neobanks want this to be as high as possible, but it is one area where they are being challenged, as the average is around 15€ per customer per annum. Banks like N26 and Monzo obtain revenue mainly from “the low debit card interchange fees,” but this results in very low LTVs. Less travel and smaller purchases during the 2020 pandemic has had a big effect on this.

The CAC is calculated by taking the total money spent on customer acquisition and dividing it by the number of new customers. Neobanks do much better than traditional banks in this regard, “with an average CAC of neobanks around 30 euros versus 200 euros for incumbent banks,” Joris Lochy reports at Finextra.

Lochy says that what we are going to see this year is a switch from chasing growth to increasing profitability. Neobanks are being strongly encouraged by VC investors to provide more profitable products, such as investments and credit: products such as credit cards, overdrafts, salary advances and purchase financing. They are also likely to chase small business customers, and provide Banking-as-a-service services to other Fintechs or even banks.

It also follows that some neobanks will stop offering free services. They used these effectively to grow their customer base, but now they may need to charge more fees.

Threats are also coming from the incumbent banks, but perhaps the biggest threat is from Big Tech stepping into this space. As Lochy suggests, what the neobanks need to do is “find a niche where they can excel and not fight head to head with the large banks.”

This is likely to come by restructuring and rethinking the product offering to provide an even more personalised service, probably in the credit sector. Some would also be better off by targeting a specific consumer group and tailoring their product offering to them. For example, the Longevity Bank is for Seniors, and there are ones focusing on women, freelancers and SMEs. Ultimately, what neobanks need to do to survive, is offer something that no other bank, credit union etc offers – that’s what ill really bring home the customers. 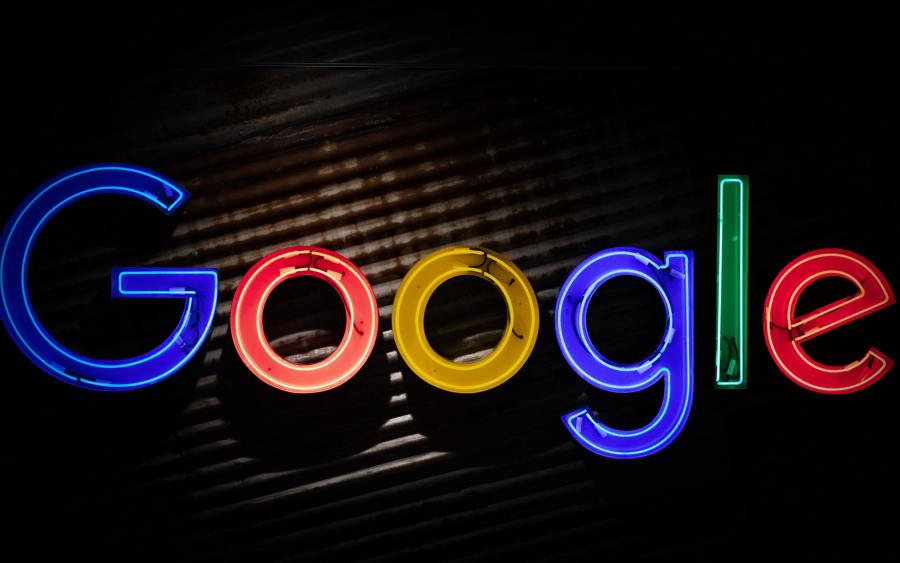 Google has relaunched the Google Pay app. The new app, allows consumers and businesses to send and receive money. In the case of individuals, they can send money to anyone on their phone contact list, and businesses can accept payments with just their name or a QR code. Most importantly, the new version of Google Pay allows us to do all this without having to purchase any additional hardware and doesn’t depend on payments being made through via a card terminal. As Daniel Döderlein writes at Forbes: “The difference from the old Google Pay is massive, not only in features and focus, but in the effects it will have on the market.”

He illustrates the difference the new Google Pay will make when compared with, say, a system like Apple Pay. He says, “If Company A serves consumers with a payment tool, such as an app on a device that can hold a card they serve the consumer side.” This is because the merchants need to have hardware to accept a payment. This model limits Company A to using existing networks such as Visa and Mastercard. The old Google Pay used this NFC wallet model, which is called ‘one-sided’.

Google has now shifted its focus away from NFC wallets and made a decision to go ‘two-sided’. This flies in the face of the received wisdom coming from the major card issuers. “The card industry, with Visa and MasterCard at the helm, has spent billions on telling the world that NFC is the best thing since sliced bread and that contactless payments will rule the world,” Döderlein writes, adding that while tapping your card on a card terminal might seem amazing, it’s hardly “mind blowing.” Consumer expectations are rising, and the physical store-bound hardware-based payment scenario is becoming outdated. Döderlein argues, “you can’t ignore the fact that people browse, explore, interact with and shop on their phone, often miles away from the merchant.”

People want payment methods to be even easier and more streamlined. They may want to buy and pay for something on their phone, and then collect it at the store. Removing the card payment hardware from the equation makes that possible.

This is what Google is aware of, although it is by no means the first. “AliPay, Venmo, Zelle, Swish, Mobilepay and a handful of others around the world have already reached more than 1.5 billion users based on this model,” Döderlein reminds us. He added, “The new Google Pay is a bank killer and it also brings a huge stab to the card networks on its path.”

The new Google Pay is a two-sided, proprietary mobile payment network that will address its clients directly, both consumers and merchants, rather than through a partnership with a bank, for example. This could make a big dent in the existing card payment network businesses, because payments will be pulled from a person’s account without the card networks being involved.

It will certainly affect the banks, traditional and challenger. Having a bank account was the main way to obtain a debit or credit card, now Google Pay makes it unnecessary to carry that card around with you.

The model has already been proved to work in China with AliPay and in the Nordic countries it has made payment networks bigger than that of cards.

Google clearly knows it will have a fight on its hands with the card networks, but its willingness to go forward with it, indicates that it is looking to the long term. And as Döderlein says, “it means business.”

There will be a number of losers in the banking world, but the winners are merchants and consumers. Real mobile payments are on their way and that’s a winner for all of us.