Vitalik Buterin’s Ethereum is widely known as the ‘go to’ blockchain technology for smart contracts. But, this week, Ripple’s former CTO Stefan Thomas has thrown down the gauntlet to challenge the leader with a new smart contracts platform.

Thomas left Ripple in May and now he is launching Codius, an open- source project designed by Ripple and released in a beta version back in 2014. So, it isn’t exactly new, but Thomas is positioning it as the core product of his new company Coil.

Coil’s ambition is to change the way websites monetise their content.

According to Thomas, the current way in which web content is monetised is a clumsy workaround that uses adverts, paywalls and data harvesting. His concept uses an interledger. This is an open-source protocol that allows payments to be sent across different ledgers. Basically, it allows users’ browsers to make micropayments to the websites they visit.

How will that work, and how will it affect consumers? Codius allows the use of a “revenue disbursement contract” that will collect revenues when consumers watch a movie, for example. The collected revenue will be paid to all the parties involved in putting that movie online, but it won’t be made in “batch payments’, it will be paid out in a stream of smaller amounts. And, those people who read newspapers with a paywall will make payments via a smart contract that manages payment authorisations and the subscriptions.

Codius has already released an instruction manual for uploading Codius in an effort to get developers to start using the platform immediately, and it seems that the call has been heard.

Telindus, the IT solutions subsidiary of the Belgian telecoms group Proximus has said it will be using Codius to “push forward novel direct e-commerce models.”

Game platforms, Unity, Zynga and Kabam also plan to use it for new gaming platforms. Josh Williams, who invested in Unity et al, and is now creating his own gaming platforms said: “Teams in games and elsewhere are building on Ethereum and running into the cost and scalability issues we’re all familiar with. Codius has great potential in addressing these concerns, and we are eager to work with it.”

And there is the dreaded word that Ethereum’s team will fear most: scalability. We all know that Ethereum is still working on resolving its scaling issues. It looks like Codius is offering a solution that neatly bypasses that problem. Thomas said: “The people that are reaching out to us are saying, ‘Hey, we’re experimenting on Ethereum. We’re running into scalability issues. It’s too expensive, too slow. It’s not flexible enough. We don’t like writing in this awkward language.’”

It isn’t the only challenger to take on Ethereum, but it looks like it might be one of the strongest contenders to win the race to bring smart contracts into mainstream use.

It had to happen sooner or later; a new programming language for smart contracts has emerged to challenge Ethereum’s dominance in the market. 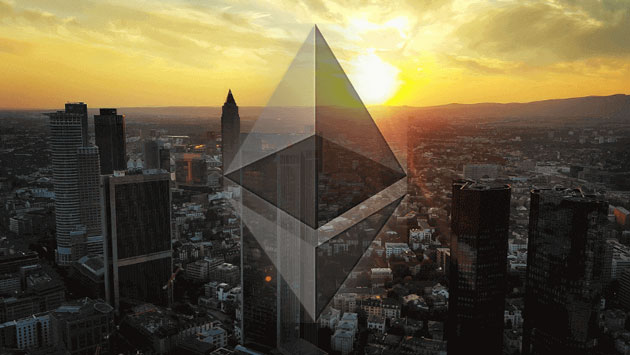 Ivy, the smart contract programming language developed by CHAIN, which is a blockchain development platform, will write smart contracts for Bitcoin’s blockchain. This might cause some upset for Ethereum, which is the platform everyone associates with smart contracts and the main system for ICOs, where it has something of a market monopoly.

CHAIN announced Ivy this week and explained that it has always been possible to write smart contracts on the Bitcoin blockchain, but that up until the arricval of Ivy, the Bitcoin Script was low level and had limited functionality. In its announcement, CHAIN said: “Bitcoin script development is considered somewhat esoteric,” and whilst some wallets, exchanges and payment platforms have used it successfully, it just wasn’t fit for purpose when it came to smart contracts.

Ivy by contrast is a much higher level language that make sit easier to write contracts for the Bitcoin network. CHAIN described it thus: “Ivy helps you write custom, SegWit-compatible Bitcoin addresses that enforce arbitrary combinations of conditions supported by the Bitcoin protocol including signature checks, hash commitments and timelocks.”

However, even Bitcoin developers are not convinced that this presents a threat to Ethereum. Jimmy Song told Cointelegraph: “Ivy makes SCRIPT easier to handle. It doesn’t change Bitcoin fundamentally, just makes coding it easier. ETH is Turing complete, which BTC cannot have without some sort of soft fork at a minimum. I don’t see the “smart contracting” ability of ETH as a “feature”, but more as a vulnerability. The attack surface on the ETH smart contracting platform is much greater. The fundamentals haven’t changed, this is more like a nice tool for developers.”

This is an interesting perspective, because it suggests that the Bitcoin blockchain still has a long way to go to catch up with Ethereum, However, there are those who are feeling more positive about Ivy, such as Matej Michalko, the CEO of Decent commented in Cointelegraph: “Ivy is an excellent example of the multifaceted development of blockchain products. Cross chain referencing is proliferating and it is on its way to dominate the ecosystem. Bitcoin can now be on par with Ethereum as a great smart contracts prototyping tool for a full range of Blockchain applications. Both platforms, however, remain fundamentally different in their architectures and market adoption. It remains to be seen what blockchain use cases and platforms are going to be adopted by masses. Scalability will be one of the decisive factors. 2018 is going to be a Blockchain year.”

Who will win the battle of the smart contracts? We will have to wait and see.

If you haven’t heard about Initial Coin Offerings, or ICOs as everyone calls them, then you must have had a break from being on the Internet. They have been around for a few years, but in 2017 this form of raising funds for new startups has really blasted off and although there are questions about them, it seems to me that this is a tide that won’t be pushed back.

Search for information about ICOs and I guarantee that the next time you go on Facebook or read a newspaper or magazine online, you’ll see endless adverts for a whole host of new ICOs. Why are they so popular? The short answer is that an ICO enables a company to raise money fast and without having to pay fees to middlemen.

It isn’t just new businesses that are using ICOs; it is well-established companies, and whilst China may have drawn even more attention to them by banning them, the rest of the world is continuing to support the platform. And, with institutional investors starting to invest in them, this is a strong indicator that this new approach to crowdfunding has a strong future.

How does an ICO work?

How does an ICO work? It is a crowdsale mechanism built on the blockchain open-source technology; the same blockchain that supports Bitcoin and Ethereum as well as other cryptocurrencies. ICO investors buy ‘tokens’ that they pay for with a crypto or fiat currency. The tokens are like shares and investors hope that the values and prices will rise as the project achieves success.

Another way to look at an ICO token sale is this: the token can represent some sort of value or be of value itself, or an ICO might attribute equity to a token. Quite frequently, the token issued in an ICO gives a person access to the features of a particular project. For example, tokens are used to pay for goods and services from the company offering the ICO instead of having cash or Bitcoin. You could say that these tokens are similar to a store’s loyalty points. So, there are a number of ways that an can ICO operate, and this is another part of their appeal for both the businesses starting an ICO and investors.

More confidence in the blockchain

A number of startups, some with a well-known name behind them like that of Paris Hilton, have raised millions in minutes, showing that the public’s appetite for this form of investment is very strong. This is largely because Bitcoin and Ethereum have had excellent results during the last year and more people have confidence in cryptocurrencies. It is also due to the fact that there is greater understanding of the blockchain and why a decentralised platform works for the benefit of the average person who is often cut out of the investment world by bigger corporate entities. And, there is trust in the blockchain as people become more aware of its security mechanisms.

Currently, an average of about 20 ICOs hit the market every month. According to Autonomous NEXT, more than $1.2 billion in cryptocurrency was raised through ICOs in the first half of 2017, which is well above $300 million made in the previous years.

The advantages of ICOs

There will probably be much discussion in the coming months about ways in which ICOs might change in the future, but they will certainly be a part of it thanks to their inherent advantages, such as: they provide efficient and low cost funding to startups and are accessible to any participant in any geographical location. They also provide an opportunity for investment in a new and disruptive technology and for financial gains based on the future potential of blockchain. We are witnessing another new step in the revolutionary power of the crowd and ICOs are one of its most powerful tools for change.