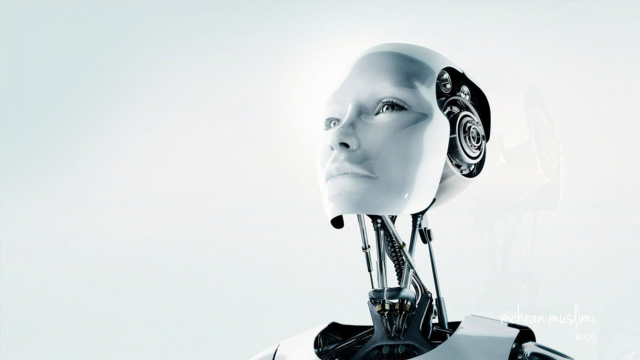 In my last blog post I wrote about Artificial Intelligence (AI) and how it is modelled on the human brain’s neural pathways. However, as the post pointed out, whilst AI algorithms can mimic our thinking to a certain extent, as yet it can’t think at the same level of complexity as us. I’m aware that while some people are excited by the potential of AI, there are others who fear that it will replace human activity in the form of robots. The good news is, robots will increasingly help us by performing specific tasks – manufacturing is an example of where robots are useful—but there is one area in which the robots will not take over, and that is in the realm of creative thinking.

Merrill Lynch published a report a couple of years back suggesting that 47% of jobs are “at risk of replacement by robots over the next 20 years.” These jobs are mostly in manufacturing and service industries. This kind of statistic plays into the hands of those who fear robotics. But, what we should be looking at is this; these robots will take over menial tasks, freeing humans up to use their time in being more creative. The report asked: “A major question is whether this will empower humans to go further than before, or if people will just be pushed out?”

The positive view of the advance of robots is that there are still many areas of work where the machines simply can’t replace humans. As I mentioned earlier, they can’t think creatively and there are other skills it is unlikely that will replace, at least for the next several decades. There are certainly some professions where we are unlikely to ever see robots.

For example, robots can’t replace teachers, because a robot can’t relate to a child through human experience. As Ian Pearson from the World Academy for Arts and Sciences told Business Insider:

“A human will always be able to identify with another human on an emotional level better than a robot can.”

So, if you are a teacher you can feel confident that your job is safe, at least from robots.

Another workforce that is unlikely to see its members’ replaced by robots is the police. The reason for this is that policing requires the skill of making judgements about situations. A robot can’t be programmed to make a judgement about a scenario. If robots were employed in this role, it is likely that they couldn’t differentiate between action that may look criminal but aren’t and an actual crime. A human can make a judgement call about what they are observing, and approach it based on previous experience and other aspects of our knowledge.

Motivational leaders and management positions are similarly safe from robots. Pearson even points out that people who are leading industry or service sectors will gain advantages from the employment of robots for menial tasks: “You will spend more time with colleagues, more time in meetings, more time in emotional analysis and trying to sway people. All of these other human skills become more important as the information skills become less important.”

And finally, if you are still worried about being replaced by a robot, here is the good news from the Merrill Lynch report: countries like Germany and South Korea that have a high level of robots in manufacturing show a less decline in human employment than those countries with fewer robots employed, plus, “even as robots replace jobs, another 3.5 million jobs will be created because of robots.”

Our creative thinking is unique to us – it will be some time before robots and AI can replace that.