Firms get very excited when their half-year results are good, but what does six months of great profits and soaring stocks really mean in the bigger picture. Is there a good reason to feel things are going so well that there is no need to consider a downside? I don’t think so. But, the short-term should not be your focus when markets are buoyant, or when they in a decline. 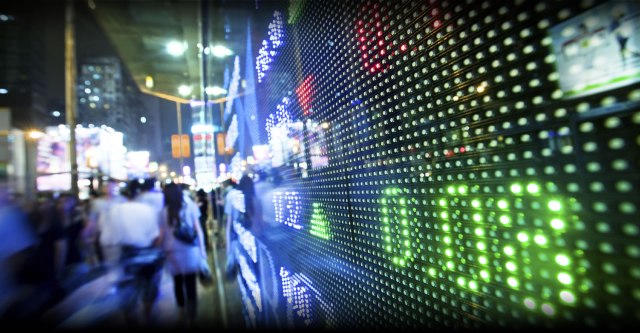 Let’s say you look back at what was happening a year or two years ago. Perhaps your business was doing well, but did you make any changes as a result of improvements in performance. On the whole, large and small businesses tend not to do anything; they feel content with the status quo. And there is a good reason for this.

Even political activity that makes the markets jittery is just a lot of noise in the media. The markets react in their own way. As I’m writing this, North Korea has just fired a test missile over Japan and newspapers report that the Dow Jones opened at lower average and buying of physical gold is up. Whatever happens, there will always be a short-term response to the situation. But that is just today’s story. There is another picture to consider.

Currently the markets are pretty strong –the response to North Korea aside –but everyone who invests knows that what goes up can also come down. I’m not sure when the markets might start to be more ‘bear’ than ‘bull’, but one thing is certain – it will happen.

The history of ups and downs

You only have to look at history to know this is true. For example, Capital Research produced an overview of market declines based on the Dow Jones Industrial Average from 1900 to 2016 and they found something interesting:

So, what does this tell us? First, that there are declines every year and that makes them ‘normal. The research also shows that 2015 was the last year in which there was a 5% decline, and this means, based on probability, that there will be one coming soon. And, finally, even though we have declines, things always pick up again.

Focus on the long-term

This is important information to consider when you’re investing for the long-term. Accept that there will always be a downturn and factor that into your investment plan. Don’t panic when a market starts to drop, and don’t suddenly pull out unless you really have to, because as the research shows, sooner rather than later, your investment will be back on track again.