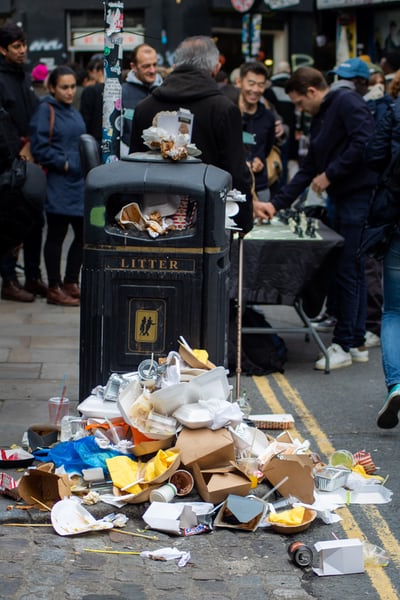 Here is a shocking statement: “We waste 1.6 billion tons of food every year while 25 million starve and another billion are malnourished.” It should make us all pause to consider.

However, as John Koetsier writes, there is a Berlin startup with a possible AI solution to the complex problem of food waste.

It is a complicated situation because of the vast numbers of farmers involved in the global supply chain. As Koetsier says, “Tens of millions of farms feed millions of grocery stores and restaurants, which in turn supply almost eight billion people their daily food.” Add to that the transport companies, wholesalers, distributors, processors, and delivery companies and you have a massive web that needs to communicate effectively, and it has to do its best to preserve perishable products. And that is what startup company SPRK.global, is trying to fix.

The company was among eight winners of the Extreme Tech Challenge. Some 2,400 entrants sought to deliver solutions to global challenges and SPRK got the judge’s approval. Its goal is to “use AI to understand the flow of food and reduce waste.” Its theory is that this should stop over-production of food and reduce hunger at the same time.

SPRK’s CEOAlexander Piutti told Koetsier: ““Half of the food that gets produced gets wasted sooner or later. Once you move into understanding patterns — why there are food waste cases — you understand these patterns and see they come in a regular fashion … we can move from reactive to proactive, to anticipating, to predicting with a certain probability.”

Food waste is also an environmental problem. Overproduction uses resources like fuel, water, fertilizer and it increases greenhouse gas emissions, because when you waste food it goes to landfill and it emits more CO2.

How can AI fix food waste?

First it has to understand the supply chains and food economics. Oversupply is likely to be given to NGOs and food banks rather than competitors, and SPRK has to take account of this in the rules for its AI system. “Once we have these rules, we can inject them into the technology,” Piutti says. “The technology takes over … and matching between oversupply and demand … becomes more intelligent over time.”

It is starting with the foodbanks, which are typically low-tech. SPRK is building software for food banks that they can use to manage their own operations as well as collaborate with others, sharing being the key aim here. Piutti also says the software will give food banks better ways to access food at lower prices.

He said of the food banks: “They purchase food in a very normal fashion, they don’t get discounts. If we can connect the dots conceptually and say like, well, what if we distributed this food oversupply to the folks in need … they become a volume partner.” He says AI software can manage all this and save NGOs around 50% of the money they spend and reduce food waste at the same time.

As for SPRK, its CEO said, “Our vision is a world without food waste where everyone — including future generations — have enough to eat and thrive.” It’s an admirable goal!