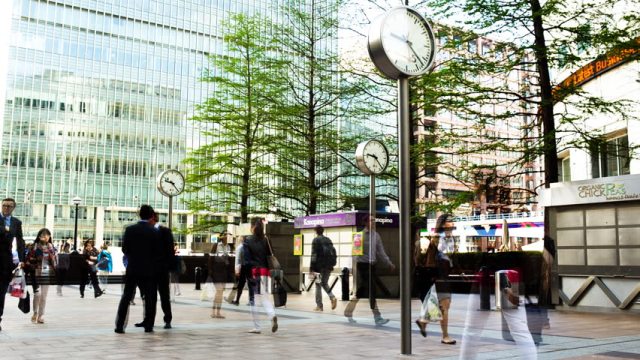 London is the world’s leading financial centre and has been for some time. A 2017 global study by Z/Yen of the world’s finance cities shows that London still holds the top spot despite the uncertainty about the future after the ‘Brexit’ vote to leave the European Union. In response to the findings of the report, which placed New York, Singapore, Hong Kong and Tokyo behind London in the top five places, London’s deputy mayor explained why the city continues to dominate the financial world: “No other city can provide its unique environment for business success: access to the best talent from around the world, an abundance of high-quality office, co-working, start-up spaces, excellent connectivity, and an entrepreneurial and innovative environment.”

For me, his description captures the essence of London and why it attracts people from all over the world to work there. It has been able to recruit and retain the best global talent and there is a key historic reason regarding that.

Why London became a leader in finance

London got in early at the birth of modern capital markets and English Common Law was the first to impose regulations on the dangerous practice of fractional reserve banking. At the same time, the City of London boys were always looking at innovation in finance. The establishment of the Bank of England in 1694 turned the City into a financial centre and it is the place where modern banking was born, even if we have to go back a few hundred years. The development of Britain’s Empire helped it to gain great wealth and its aggressive traders and money men created an environment unmatched in other places.

Now London also has Canary Wharf annexed to the City and its financial businesses have continued to benefit from being located between America and Asia. Plus, its language is English, which is the international language of business, it has excellent centres of education and it’s in “a country with a high level of technological innovation and well-developed infrastructure, being in a country with a recent history/tradition of liberal economics and being in a country where the Law is strong and corruption, though ever present, doesn’t entangle business with too much risk and uncertainty,” says City analyst and writer Richard Guy.

There are also three good reasons that London will maintain its status after the UK leaves the EU. These are, says Simeon Djankov at Biznews:

I would add a fourth reason: London is extremely conducive to nurturing the entrepreneurial spirit; there is a vibe in London that anything is possible and people flock here to make their dreams happen. This is all supported by the rich culture of London: you can attend the Royal Opera House and on the way home drop into the currently fashionable ‘speakeasy’ bars opening up around Hoxton and Shoreditch, a hub of modern art and high tech start-ups. It has its West End theatres with world-class shows on the doorstep of Chinatown and Soho’s piano bars, some of which date back to the 50s when jazz became popular. Most of all, it has a kind of cosmopolitan mix that seems to spur people on to make what might seem impossible elsewhere happen. And, London has always welcomed this attitude and celebrated it, and I feel confident it will continue to deliver both a top-class service to finance and business, as well as make a major contribution to global culture.