Blockchain has been called the “second significant overlay on the Internet” with the web being the first layer when it appeared back in 1990. That’s how important blockchain is. I know that when I mention blockchain to a lot of people, the first thing that comes into their minds is “Bitcoin.” That’s fair enough, because Bitcoin cryptocurrency has made blockchain famous. You’re probably aware that there is now a whole bunch of cryptocurrencies in addition to Bitcoin and although it remains the coin with the highest value, others like Ethereum are taking hold in the markets. But, there are many more exciting things that can be done with this technology beyond financial transactions using digital currencies and it is called “The Internet of Value’. 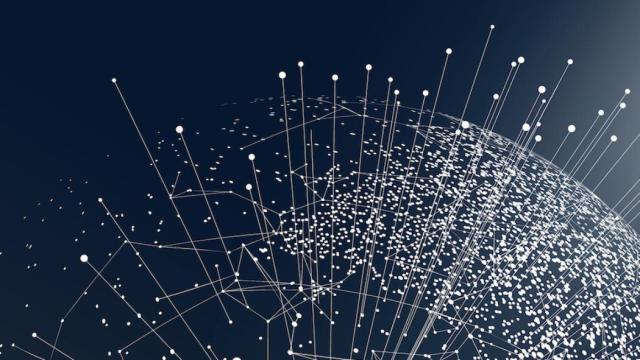 What is it? It is when Internet technology makes it possible to exchange ‘value’ as quickly as information. The banking system is one place where the Internet of Value can really make a big difference. For example, although information moves around the world instantly, a single payment from one country to another is slow, expensive and unreliable. According to Ripple, a blockchain transaction solution, in the US, a typical international payment takes 3-5 days to settle, has an error rate of at least 5% and an average cost of $42. Worldwide, there are $180 trillion worth of cross-border payments made every year, with a combined cost of more than $1.7 trillion a year.

But, with the technology from the Internet of Value, a value transaction, like a foreign currency payment, can happen instantly.  And it doesn’t have to be limited to money, although currently that is the primary use of this aspect of blockchain – the Internet of Value will enable the exchange of any asset, including stocks, votes, frequent flyer points, securities, intellectual property and more.

The most common way of exchanging assets is using a bank, credit card or a booking service, but blockchain technology is changing all that. It allows these assets to be transferred directly from me to you without any other entity in the middle. The transfer is validated, permanent, and completed instantly – just like sharing information on the web. It has huge potential to change the world as we know it. It will decentralise every transaction, empower the individual and it will disrupt the financial markets as well as consumer ones.

This is not something that is a futuristic dream. It is already happening. Exchanges like NASDAQ are using blockchain technolog, Estonia, which is becoming the Silicon Valley of Europe, stores its citizens’ health records on blockchain and some airlines are accepting cryptocurrency payments for flights.

Very soon we will see the adoption of industry standards using an Interledger Protocol (ILP) that will set the standards for the settlement of transactions across different networks. ILP can be thought of much like the protocol HTTP used in web address that became the global standard for online information exchange.

With the use of this protocol there will be one, frictionless experience to send money globally using the power of blockchain. It will connect billions of people globally and give rise to new businesses and it will also liberate the millions of people who don’t have access to banking. The Internet of Value is bringing us into a bold, new world where the individual has more power. The Internet revolution is taking another step forward – we must embrace it.