I know that I have talked rather a lot about Bitcoin this week, but it has been a very exciting week for the crypto currency and yesterday’s announcement of an indefinite postponement of the Segwit2X hard fork was certainly a focal point. Today, Coin Telegraph has published several news stories highlighting the sudden rush towards BTC, which will inevitably help those already holding BTC as the price is already rising this morning. 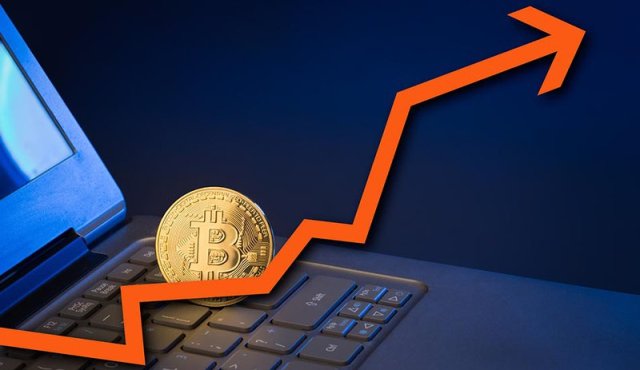 Coinbase, one of the biggest and most successful crypto exchanges, told Coin Telegraph that following the announcement by CME Group, the world’s leading and most diverse derivatives marketplace, that it plans a launch of  Bitcoin futures attracted 100,000 new users to Coinbase within a 24-hour period. It already has 11.9 million users in 32 countries and was one of the earliest exchanges to support BTC trading. It supports merchants as well, allowing them to accept Bitcoins for their products and services, but removing the price risk by crediting fiat currency to their accounts. As Coin Telegraph points out, it also became the first ‘unicorn’ of the crypto market when it raised $100 million in August 2017 and it’s no surprise that Brian Armstrong, Coinbase’s CEO is on Fortune’s list of the Top 40 under 40.

CME’s announcement of Bitcoin futures is also expected to see the big institutional investors rushing to get involved with BTC. That’s why individual investors are getting in now, because once the big boys get involved, it is expected that the value of BTC will shoot up.

With hundreds of thousands of new users, the demand for Bitcoin is expected to go stratospheric, which is great if you are holding BTC already. Coin Telegraph reports that currently less than 0.5 percent of the global population is invested in crypto space, but that is likely to change in the next few years, especially if mainstream financial corporate entities, like Goldman Sachs, start supporting crypto. Goldman Sachs is already talking up the value of BTC and has said that it expects BTC prices to stabilise at around $8,000 before rising again. Currently it is trading at $7,098, so there is still a way to go before it reaches the suggested consolidation point. On the other hand, Ronnie Moas of Standpoint Research predicts it will hit $11,000 in 2018. He was right about Bitcoin’s bull run in 2017, so why doubt him now. If he’s right, next year will be an excellent one for BTC owners.