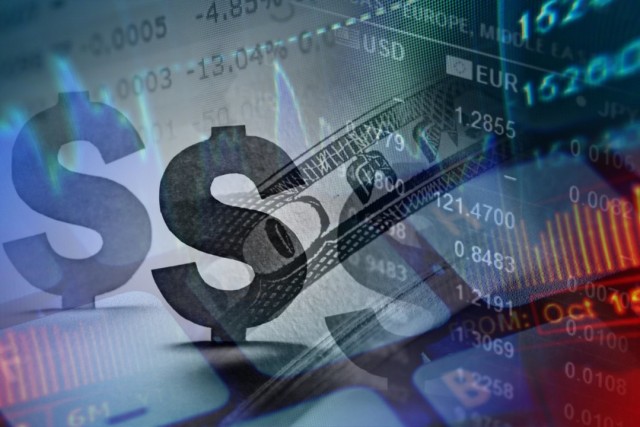 The last few weeks have seen the forces of Big Finance arranging in battle formation to take on what its ‘generals’ see as the usurper forces on the blockchain.

From the initial rumours and misinterpretation of crypto-related announcements from the Far East, the FUD (Fear, Uncertainty, Doubt) statements coming from the international economic summit at Davos to the loud-mouthed Augustin Carstens of the Bank for International Settlements, the institutional forces have been set on destroying Bitcoin and the other coins on the blockchain. It is nothing less than a declaration of war, and those of us who believe in blockchain technology knew it would come one day. How could it not? The blockchain is a threat to the status quo enjoyed by governments and financial institutions since the Medicis got into banking.

Carstens, appropriately portrayed as a ‘fat bastard’ in Cointelegraph, called Bitcoin, “a combination of a bubble, a Ponzi scheme and an environmental disaster.” And he is one of the bankers screaming for more regulation. Of course they want to regulate cryptocurrency. Anything which is outside their control and which might put a dent in their resources is an enemy that must be executed or at least imprisoned. Because that is what regulation will effectively do: it will suck all the revolutionary qualities out of the blockchain and its crypto progeny until its potential to change the world is put back in the box and locked away for good.

He’s not the only one who bleats on about the use of cryptocurrency for criminal activities. The mainstream media and the voices it chooses to publish, also keeps coming back to this time and again, demonstrating a massive lack of imagination, not to mention a real paucity of knowledge about the use of cryptocurrency. But, it’s easy to spot why they focus on this: they want to scare the average Joe away from crypto. Perhaps they missed the memo that showed less than one percent of Bitcoin transactions are involved with money laundering. In fact, the big banks handle more dirty money than the blockchain. But, the media doesn’t let that detail get in the way of the ‘criminal’ story.

Of course, the FUD coming from the Big Finance forces is emanating from their collective fear of losing control of the established financial system. Without that, how will they line their pockets? It is unthinkable to them that ‘the people’ might have access to an alternative resource that endangers the use of fiat currency. Big Finance may claim that they want regulation in order to protect ‘us’, but those of us who have been supporting blockchain achievements for many years, know that it is the ideology behind the blockchain that instils a terrible fear in the central and national banks.

Two years ago they didn’t care about Bitcoin, neither did the mainstream media; it was for geeks, not for ordinary citizens. But the crypto events of 2017 spurred them into action. A force was coming that had the potential to “replace the current model based on FIAT money and tax collection and change the current economic power system, which earns profits with financial services, interests and transaction fees,” as Abel Colmenares wrote in Cryptocoin News.

Fear is the weapon

Now we can expect crypto regulation to be the buzz topic at the next G20 summit in Argentina, as France and Germany have already announced their intention to push for global Bitcoin regulation. The French Finance Minister, Bruno Le Maire said: “We have a responsibility towards our citizens to explain and reduce the risks.” Lobbyists at the International Monetary Fund are keen to make sure the IMF is on board with ‘world governance’ for cryptocurrencies. All of the arguments in favour of this focus on spreading fear about the new digital currencies without any regard for the benefits it brings.

So, far we have just experienced the first skirmish. This may be a protracted war, and whilst the Blockchain Forces may need to rally more troops, the odds are in favour of it winning. Because Big Finance needs the blockchain to evolve, more than people need centralised financial services. This is a war against liberty – which side are you on?